Alys Robi (1923 - 2011) understood that in order to earn the respect of her compatriots, she had to seek fame and triumph abroad, in the large markets. She was the first to reach a level of success unheard of in French Canada, and won international recognition. From the early 1940s she had sung in the big cabarets of New York, Paris, and London where she developed a sensuous, vibrant singing style. She had also starred in a number of popular radio shows in America and Europe. Through the magic of Canadian Broadcasting Corporation radio transcription discs, her voice travelled to Europe and South America. She had come a long way since her burlesque days of the 1930s in Montreal’s infamous red light district. The number is taken from the “Let There Be Music” radio series, a Lucio Agostini concept of pure continuous live music which began in May 1946 and lasted through the summer. Some excerpts of the original show were recently released on the Gala label: Diva – Alys Robi with Lucio Agostini and his Orchestra (GAL-101). With this track, we discover a pop diva in her prime. Her voice had matured and she controlled it better through technique, diction, and repertoires: French, Latin, and Anglo-American pop and jazz. She picked songs which had a lasting quality, songs that were on the way to becoming classics. Then, with arranger-conductor Agostini, she styled the songs to suit her voice and range. This song is not merely a cover, it is a creation. Introduced in the film “That Night In Rio” (1941) – Hollywood was in a Rio mode a the time – and sung by Brazilian star Carmen Miranda, Chica Chica Boom Chic was one of Alys Robi biggest hits and a radio favourite.
-Jean-Pierre Sévigny 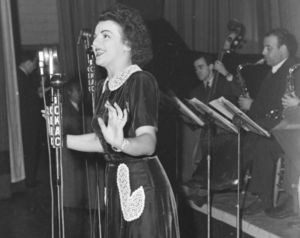 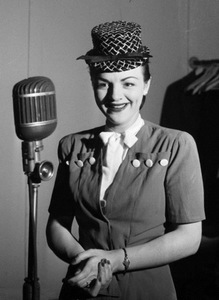 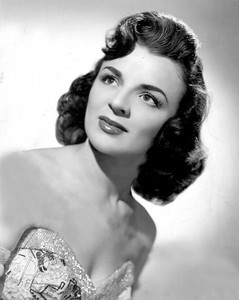 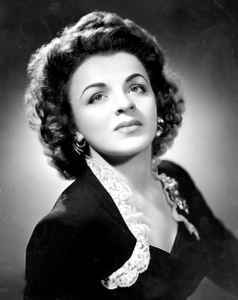 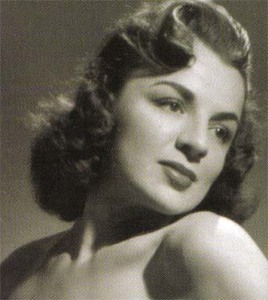