I recorded Shorelines in 1971 at Sound Canada Recording Centre for Art Snider, who helped many young Canadian musicians get started. I did a demo for him, just me and piano or guitar, and he signed me a few days later. He allowed me to produce the album myself, which was a bold move on his part because I didn’t know what I was doing. It was one of the greatest experiences of my life.

I lay down a piano or guitar part, then started adding things. I think I played maybe seventy-five percent of the overdubs myself aside from the drum tracks, of course. I was like a kid in a sandbox.

It was a very dark time in my life. I think that shows pretty clearly in a lot of the lyrics. Since then, life has improved, and continues to do so. Finally, I feel that I am approaching something approximating happiness, for which I am grateful. And my lyrics, as well as writing in other forms, is very different.

Also, I have a novel out called Odeon Paradise: A Night at the Movies with Jesus and George. I also write a blog at lonpalmer.wordpress.com.

I conceived the album as a journey from a darkness to light, and ordered the songs accordingly. Here are some notes on the songs:

Cloud – I wrote the music, but couldn’t get the lyrics right, so I gave it to Paul Shaw, a lyricist I knew from another musical venture, and he wrote them. They were a lot darker than what I had intended.

Solitude – A song I wrote – assume the same of all the others unless stated otherwise. I wanted a big sound from the 12-string, so I surrounded myself with a forest of microphones, mostly U47s. When we mixed, we spread out the tracks and EQed creatively.

Free Me – This is the one song that I did not write, and was one of two unoriginal songs I used to perform in those days (the other was All along the Watchtower). It’s from the movie Privilege. Me and my 12-string, organ (I played the pedals with my hands, while on my knees), fuzz bass, and a cymbal played back through a Leslie cabinet. Two friends of mine sang harmony. Another played drums.

Seedling of Light – Me on 12-string and bass and Joe Ress on organ and piano.

Such a Long Long Time – I wrote this one on piano, and overdubbed all the instruments except for drums. Joe Ress wrote the lyrics for the bridge. I had a lot of fun with the guitar solo. I wanted a really tough sound on the electric, so the engineer and I wired together every amp in the studio. It still wasn’t tough enough for me, so I played the solo with my house key – metal on metal. Ahhhhhhh, perfect!

The Wheel – A short instrumental with four overdubbed 12-strings using a very weird tuning. If you want to know what it is, listen to the opening where I play each string. And yes, you will only hear eleven strings - not twelve. I could never stand the octave G (third pair of strings), which made it sound like the melody fell an octave when you went to the higher second pair of strings beside it - listen to Roger McGuinn's solos (the Byrds) - they drive me nuts. So you're not nuts - it was me who was one string short of a full set.

Mandala – Related musically to The Wheel. An odd tuning for a six string. Joe Ress played piano, and ferried up about twenty hippies from a downtown collective called “The Farm” because they all wanted to live on farms. They chanted in the verses, and Joe played a couple of recorder parts and mouth wind. Lots of fun and good vibes.

Better Later than Never – The 12 string, of course, me playing percussion on the back of the guitar, and Joe Ress and Cathy Young singing harmony (beautifully, I thought).

U – Really, this should be the hexagram for “return” from the I-Ching, which consists of six stacked lines, the bottom one solid and the others broken. Two 12-string guitars courtesy of moi.

Salvations’ Den – Me on piano, organ and bass. Charlie on drums, Jeff Skinner (a friend of mine who did a better job of soloing in F# than I could have) John Tapscott on harpsichord, Joe Ress and Peaches (a country trio) singing harmony.

We Shall Come Together – This does not appear on the original album, just on the reissue, and it’s actually “Hey, Old Timer”. I cut it from the album because I couldn’t figure out where it fit in the song cycle. “We Shall Come Together” was on my demo, and looking back, I should have put it on Shorelines – it was the closest thing I had to a single.

The studio was totally analog, obviously, being as it was 1971. It had a Scully 8 track – we had to do some bouncing – an Ampeg 2 track – a Langevin 16 channel board that sorely lack mid-range EQ, plate reverb, a nine foot Baldwin piano with stiff action, Hammond B3 organ, harpsichord, etc. Being a studio production, I did a lot of recording on the graveyard shift. Sadly, I got mono just before I lay down the vocals, which was not helpful.

The cover has a few stories behind it. I was an emergency substitute for the model at the art group a friend of mine’s father was in. One man did a pastel of me and was not happy with it so he was going to throw it away. I took it and my mother framed it. It’s currently on the wall in my basement. In the inside, I play chess with that picture by Lake Ontario. We also tried doing it with a large mirror, but it was so cold – February! – and the wind so high – look at the waves – that tears were streaming down my face from the cold winds. We decided that we couldn’t use that, thank God. The dogs were the photographers, and they were really nice.

I’m really pleased that the album was reissued and grateful for the attention it has received, including on the Museum of Canadian Music website. There will be more music soon, which I will announce on my blog.

Should anyone wish to correspond, my email is lonpalmer1@gmail.com.

Wishing you all the best, 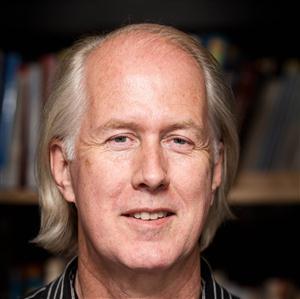