It had to happen eventually. For a generation of musicians that has now grown up with the sounds of world music, a truly global pop music was just a matter of time. And for the trio Pacifika, “eventually” means now. The trio’s debut album, 2008’s Asuncion, introduced their artful blend of indie rock, bossa nova, Afropop, and dub production. With the new Supermagique, Pacifika have refined that sound – a multilingual, listener-friendly music that marries languid Latin rhythms to a deep dance groove, and offers a high-gloss sheen with some surprisingly sharp edges.

Pacifika’s global fusion works precisely because it is not a fusion. There is no sense of trying to blend one thing with another; this is the work of three musicians, coming from Peruvian, North American, and Barbadian families, for whom rock, Latin, Caribbean, hip hop, and jazz are all part of a single international musical language – a kind of musical Esperanto. Singer Silvana Kane is from Peru; guitarist Adam Popowitz is from Canada; bassist Toby Peter grew up in Barbados. Using the Pacific city of Vancouver as a base, they have set out to create music that reflects their shared interests in Western pop and the traditions of South America, West Africa, and the Far East.

“Supermagique was put together in the same way that Asuncion came about,” says Toby, “with the three of us jamming in the studio. What has happened is that we have grown more comfortable as a unit; we have now toured together; we have been inspired by other artists together – hence the 'magique' in Supermagique.” The album’s title track is a good case in point. Silvana’s overdubbed vocals in the intro prove to be a sleight of hand, as perpetual-motion drums and electric guitar and keyboards kick in. Some Brazilian percussion adds color to lyrics sung in both French and Spanish. The result is simply irresistible.

The album’s opener, “Close To Everything,” is the sort of breezy pop that would be perfect for a hot summer night, and “Le Matin,” cool and unhurried, just the thing for the next morning. The fact that one is sung in English and the other in French is almost an afterthought. In fact, as Silvana points out, the choice of language is actually driven by the songs themselves. “I feel out the melody and allow it to take shape phonetically,” she explains; “the stories create themselves,
as do the characters in them.”

The song “Chocolate” suggested not one but two languages – Spanish and English –and the track itself has a bit of a harder edge, with elements of hip hop and dub production. If you’ve ever wondered what MIA would sound like if she were Cuban instead of Sri Lankan, “Chocolate” has the answer. “Ana Maria,” sung in Spanish, tells a very different sort of tale. It begins as a ballad for Silvana’s voice and Adam’s acoustic guitar, but then expands into a catchy midtempo groove. A further twist appears in the eerie conclusion, which sounds like a sample of medieval singing, although as Adam reveals, “that's Silvana’s voice (many of them actually) as the howling desert wind, in a melancholy plea for Ana Maria.”

This is part of the attraction in Pacifika’s music: as soon as you think you’ve got them pegged, the trio finds a way to surprise. Perhaps the biggest surprise on Supermagique is the group’s cover of “25 or 6 to 4,” by Chicago. Pacifika dispenses with Chicago’s iconic bassline in favor of softly sung, multi-tracked vocals – a striking effect that is quite the opposite of the brassy original. Adam recalls that the album was essentially done when the group was asked if they’d be interested in looking at Chicago’s songbook. “We decided to try one over the weekend. We felt “25 or 6 to 4” was the song we were most connected to lyrically and musically... we loved the process of taking a classic song and giving it our own spin.” When the Pacifika version was sent back to the song’s original writers, the love came full circle. Calls were made, and the album was actually delayed so that this version of the song could be included.

Even before the late addition, though, Supermagique had some unexpected moments. The ambient hum of “Perlas,” with its wisps of Japanese shakuhachi (bamboo flute), for example, or the distant wails of electric guitar in the background of “Little Me,” a ballad that floats on a bed of acoustic guitar and electronic marimba (which in turn sounds like a West African balofon). And then there’s “The Mariner,” a stunning English-language song that is sung in a level just above a whisper, with a string arrangement done in collaboration with cellist Christina Zaenker. “The song has a drunken, sinking feeling,” Silvana says, “and she captured it beautifully.”

It seems just a matter of time before some enterprising television music supervisor discovers “Story” – a richly emotional but low-key song that offers an English-language, cello-inflected chamber pop in the style of the Shins or Belle & Sebastian, with perhaps a touch of Joanna Newsom. It is the kind of musical gem that has quickly come to characterize Pacifika’s albums.

Pacifika, according to Silvana, “is simply the Latin way of saying ‘peaceful’ in the feminine, except that we changed the 'c' to a 'k'.” That is a subtle spelling change, but an appropriate one for this multilingual band: their name is not English, not Spanish, but somehow international. And Pacifika’s Supermagique is the next step in the evolution of the global musical language of the 21st century.. 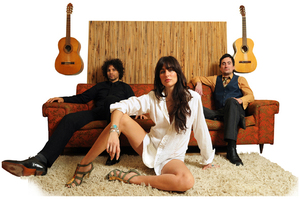 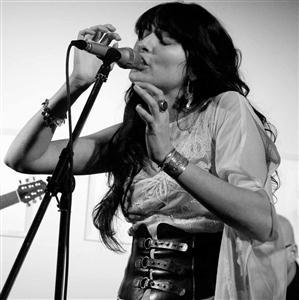