Founded by Warren Barbour in August 1969

First engagement - December 20, 1969 at The Green Door, Chaudiere Club, Aylmer, Quebec with Satan’s Choice bikers attending. In spite of our light material at the time which included The Hollies, The Beach Boys and The Association, Satan’s Choice loved us at our first gig, and got up on stage with us to sing and play.

The original lineup was 8 members, inspiring the original name "Octavius", thanks to bassist Don Thompson. We liked the name because it was a symbol of power and strength, and there was an analogy with the musical term 'octave'. The name changed quickly to "Octavian" after seeing the name misspelled on the marquis of a club in Woodstock Ontario.

Earliest influences: The Who, The Hollies, The Association, Three Dog Night. Our approach was to experiment with combining sophisticated harmony arrangements with a hard rock backing (i.e. mesh the most notable qualities of the above mentioned bands) in our original material to produce a unique pop rock sound.

Became renowned throughout Eastern Ontario for incomparable renditions of "the medleys", which throughout the years included "The Who", "The Hollies", "The Association", "Three Dog Night", "Crosby, Stills, Nash & Young", "The Beach Boys" and "The Beatles".

The album and singles:

Completed the album "Simple Kinda People" which was released in October 1975 and included the singles "Round & Round", "Hold Me Touch Me" and “Good Feeling To Know”.

Three other singles followed, namely, "You Can't Do That", "Can't Stop Myself From Loving You" and "Certain of You". All were intended to be included on a following album which was ready but never recorded.

The cross-Canada tour with the Tanya Tucker band in June of 1977 gave the band a real taste of living a rock and roll fantasy.

The many bandshell shows at the C.C.E where in one year we apparently outdrew The Jacksons who were playing the Grandstand.

The time we were half way to Sault Ste. Marie in our "Octavian bus" and we noticed our right rear wheels pulling out for a pass. Fortunately, no one was hurt and we played our engagement in Thunder Bay 12 hours later on time.

Playing an outdoor concert at Britannia Beach "Concert In The Park" in July 1977 where the girls went so hysterical that they ripped the shirts off of our backs when we tried to get to our trailer. We were huddled in that little trailer for an hour as the girls outside rocked it incessantly and smashed in its windows. We finally got the police to escort us out of there.

Our truck driver falling asleep at the wheel driving home from a gig in May 1979. Again, it was fortunate that no one was hurt but $60,000 worth of equipment was thrown all over highway 7, hanging in trees, submerged in 6 inches of swamp water etc.

Although fully insured, the truck accident triggered the demise of the Ottawa version of the band.

Although Octavian enjoyed ‘turntable hit’ success with substantial radio airplay, it unfortunately didn’t culminate into appreciable album or single sales. Individual band member tastes and styles were growing in different directions and the band was starting to lose its identity. Also, family planning became the priority for several members by 1979.

Warren Barbour, Ray Lessard and John Livingston continued on and relocated to the Toronto area. Joined by vocalist Phil Naro from Rochester NY, the band changed their name to Chain Reaction when they were signed by Attic Records in 1982.

Where are we and what are we doing today?:

John Alexander is a music business consultant to various companies in the digital music space and lives in the Los Angeles area. He has worked with The Grammys on an Emerging Talent Contest over the past several years.

Peter McLean is is enjoying retirement and lives in the Ottawa area. He enjoys a part time hobby as a vocalist / songwriter / guitarist and is working on musical projects with Warren, Bill and Chuck.

Warren Barbour is enjoying retirement as a musician / vocalist / songwriter / producer / audio engineer and lives in the Ottawa area. He is working on musical projects with Bill, Peter and Chuck.

Bill Gauvreau is enjoying retirement as a guitarist / songwriter and lives in the Detroit area. He is working on musical projects with Warren, Peter and Chuck.

Mike Hicks is a Vice-President, Strategy and Creative Development for Hyperactive Productions Inc. and lives in the Ottawa area.

Rob McDonald is enjoying retirement life with his family in Summerland, British Columbia.

Ray Lessard is enjoying retirement life with his family in Cambridge, Ontario.

Chuck Kerr is enjoying retirement as a session drummer / percussionist / vocalist / actor and lives in the Ottawa area. He is working on musical projects with Warren, Bill and Peter.

Tell Me Why b/w Good Feeling

Round and Round b/w Desperate Man

Can't Stop Myself From Lovin' You b/w Magic

Certain of You b/w Sun in Your Eyes 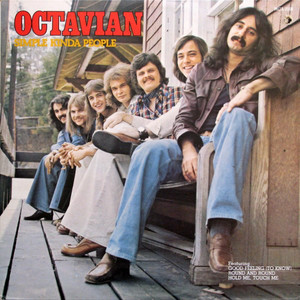