Alanis Obomsawin, OC (born August 31, 1932) is a Canadian filmmaker of Abenaki descent. Born in New Hampshire, and raised primarily in Quebec, she has produced and directed many National Film Board of Canada documentaries on First Nations culture and history. Her best known documentary is Kanehsatake: 270 Years of Resistance, about the 1990 siege at Oka, Quebec.

For 38 years, Obomsawin has directed documentaries at the NFB. To date, she has made over 30 documentaries on issues affecting Aboriginal people in Canada.

Her latest film is the 2012 documentary The People of the Kattawapiskak River on the Attawapiskat housing crisis. Obomsawin was present in the community in 2011, working on another film for the National Film Board of Canada, when the issue came to national attention.

In 2010, she completed a short drama When All the Leaves are Gone, about her experiences attending public school in Quebec. In 2009, she completed the documentary Professor Norman Cornett: "Since when do we divorce the right answer from an honest answer? looking at the dismissal of unorthodox McGill University religious studies lecturer Norman Cornett, which will have its world premiere at the Hot Docs film festival.

Obomsawin's recent credits include Gene Boy Came Home, about Aboriginal Vietnam War veteran Eugene Benedict. In 2006, she completed WABAN-AKI: People from Where the Sun Rises a look at the people and stories from her home reserve of Odanak. In 2005, Ms Obomsawin completed her short drama Sigwan, following a young girl who is aided by the animals of the forest. Her 2003 NFB documentary Our Nationhood, chronicles the determination and tenacity of the Listuguj Mi'gmaq First Nation to use and manage the natural resources of their traditional lands.[7] The Mi’gmaq of Esgenoopetitj (Burnt Church), New Brunswick were the subject of her 2002 documentary, Is the Crown at war with us?, exploring a conflict over fishing rights.

Obomsawin’s films also include: Incident at Restigouche (1984), a powerful depiction of the Quebec police raid of a Micmac reserve; Richard Cardinal: Cry from a Diary of a Métis Child (1986), the disturbing examination of an adolescent suicide, No Address (1988), a look at Montreal’s homeless, as well as Mother of Many Children (1977).

Alanis got her start at the NFB in 1967, when producers Joe Koenig and Bob Verrall saw Obomsawin on TV. They invited the singer/storyteller to the Film Board to work as an advisor on a film about Aboriginal people. Obomsawin went on to direct films of her own, while continuing to perform and fight for justice for her people.

Alanis Obomsawin was born in New Hampshire on Abenaki Territory. When she was 6 months old, her mother returned to the Odanak reserve north east of Montreal where Alanis lived until she was 9. Théophile Panadis, her mother’s cousin, initiated Alanis into the history of the Abenaki Nation and taught her many songs and legends. Obomsawin and her parents then left Odanak for Trois-Rivières, where they were the only Native family. Cut off, speaking little French and no English, Obomsawin held fast to the songs and stories she had learned on the reserve. Alanis has one child, daughter Kisos Obomsawin, born in 1969.

In 1960, Obomsawin made her professional debut as a singer in New York City.

As a singer/songwriter, Obomsawin has toured Canada, the United States and Europe performing for humanitarian causes in universities, museums, prisons and art centres, as well as at folk art festivals. Her 1988 album Bush Lady features traditional songs of the Abenaki people, as well as original compositions.

For over 25 years, Obomsawin has worked as an engraver and print-maker, with exhibitions in Canada and Europe. Mother and child imagery is prominent in her work, which also combines material from her own dreams with animal spirits and historical events. She is currently preparing an upcoming exhibition of her work at the Maison Lacombe in Quebec for 2007.

Obomsawin is the subject of the first-ever book on Native filmmakers, Alanis Obomsawin: The Vision of a Native Filmmaker, by Randolph Lewis, published in 2006 by the University of Nebraska Press.

In 2010, she was named to the Playback Canadian Film & Television Hall of Fame. In the spring of 2009, Obomsawin was honoured with a special retrospective at Hot Docs and received the festival's Hot Docs Outstanding Achievement Award. A retrospective her work was also held from May 14 to 26, 2008 at the Museum of Modern Art in New York City. That same month, she was also honoured with the Governor General's Performing Arts Award for Lifetime Artistic Achievement, at Rideau Hall in Ottawa.

In March 2001, Obomsawin received a Governor General's Award in Visual and Media Arts. An Officer of the Order of Canada, Obomsawin’s many honours also include the Luminaria Tribute for Lifetime Achievement from the Santa Fe Film Festival, International Documentary Association’s Pioneer Award, the Toronto Women in Film and Television’s (TWIFT) Outstanding Achievement Award in Direction, the Canadian Native Arts Foundation National Aboriginal Achievement Award, and the Outstanding Contributions Award from the Canadian Sociology and Anthropology Association (CSAA). The latter marks the first time that the CSAA has honoured someone who is not an academic in the field of sociology and anthropology. 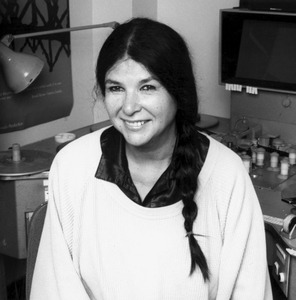