The Nocturnals started as an instrumental band called the Rousers in Haney, BC, east of Vancouver in the late 1950’s. They evolved into the Nocturnals, based in Vancouver, with members Bill McBeth drums and lead vocals, Ron Henschel on guitar, Chad Thorp organ, Wayne Evans on bass, and Roger Skinner and Carl Erickson on saxophone.

The band had regular bookings at the Grooveyard, located at 795 Carnarvon in New Westminster, a nightclub they part-owned. Les Vogt (member of another early Vancouver band the Prowlers) and Red Robinson opened the club in September, 1965. The Nocturnals kept their stake in the club a secret so competing bands wouldn’t refuse bookings there.

The Grooveyard succeeded in a Vancouver scene that attracted top r&b acts. The club’s primary competition was Danceland, a big hall on the other side of town which attracted U.S. servicemen from the Whidbey Island base.

Les Vogt produced a two LP set, Live From the Grooveyard, featuring bands who appeared regularly at the club: the Stags, Kentish Steele and the Shantelles, the Epics, Soul Unlimited and the Night Train Revue. The Nocturnals have four songs on the album: “Mustang Sally”, “Slow Down”, “You Make Me Feel So Good” and “Get On Back”. Far from being live, it was recorded at Robin Spurgin’s studio with crowd noise overdubbed, and released in 1966 on New Syndrome, run by Tom Northcott, who made a few records himself. The album accurately reflects the soul-oriented live shows typical of working bands of the time.

In late 1965 the Nocturnals traveled to Kearney Barton’s Audio Recording in Seattle, the same studio used by the Sonics and the Wailers. Their first single, “Because You’re Gone” chugs along steadily with a Peter Gunn-style riff, flashes of horns, fine drumming and chanting vocals. Their second featured two more originals, “This Ain’t Love” b/w “You Lied.” Both of their Regency 45s reached the top ten on CFUN.

For their first two singles the band had help in song writing from Kathy Dubin and Jeanne Fink, two sisters who were fans of the band. Kathy and Jeanne wrote “Because You’re Gone” with Billy McBeth and the flip “Can It Be True” with Henshel. Jeanne’s daughter Linda headed the Nocturnals fan club!

In 1967 they signed to Trans-World and released three more 45s. The second of these, “Detroit” b/w “Do What You Want” was picked up for U.S. release on Milton Berle’s Embassy Records in March, 1967. Although it didn’t chart, “Detroit” is a good track, with all the elements that would have made their live show exciting – fuzz guitar, soulful horn charts, and group vocals.

A highpoint for the Nocturnals was playing the huge Expo 67 in Montreal. Afterwards the band relocated to Ontario, but, uninterested in adapting to the new psychedelic styles, they returned home after a few months. The band broke up in 1968, with Billy McBeth going into The Fox and Wayne Evans and Carl Erickson both staying in music for some time.

In April and June, 2007 the Nocturnals reunited for two live performances. They also released a CD of all their 60’s recordings, and a DVD of clips of the band from CBC-TV’s Let’s Go show and at the PNE backing the Coasters.

Sources include articles in the Vancouver Sun and the PNW Bands site. Thank you to Ivan Amirault for the RPM cover scan.
-garagehangover

Because You're Gone b/w Can It Be True

This Ain't Love b/w You Lied

Detroit b/w Do What You Want

Because You're Gone b/w Can It Be True

This Ain't Love b/w You Lied

Detroit b/w Do What You Want

Do What You Want b/w Detroit 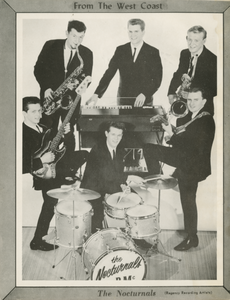 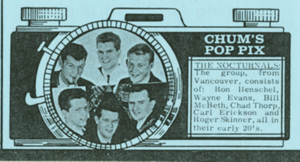 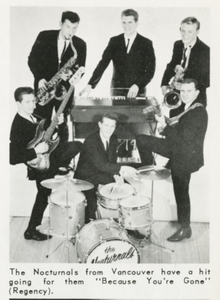 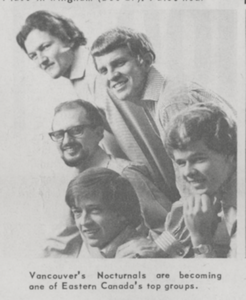 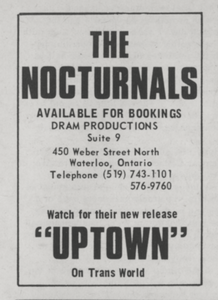 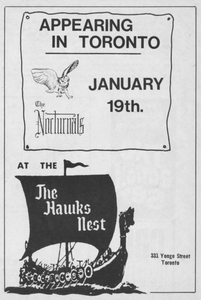 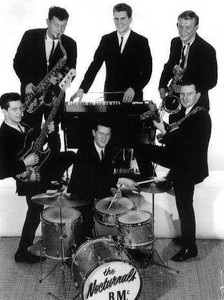 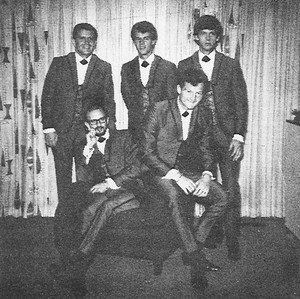 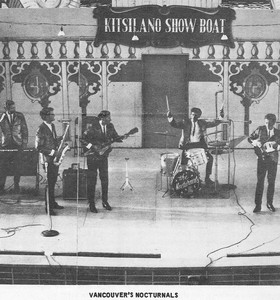 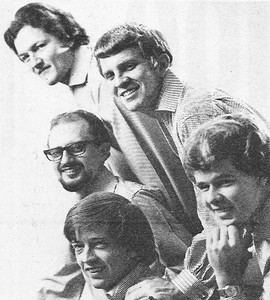 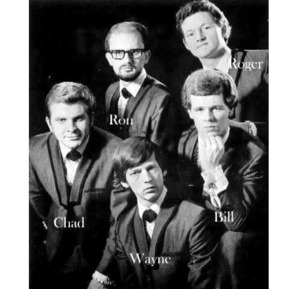