Singer, songwriter (born 26 April 1951 in Cleveland, Ohio). Newton-Davis moved in 1980 to Toronto from New York, where he had worked as a singer and dancer on Broadway. After appearing in Toronto cabaret (e.g., productions of Toronto, Toronto, Ain't Misbehavin', and Shimmytime) he turned to a nightclub and recording career at mid-decade. His first LP, Love Is a Contact Sport (Col PCC-80112), included the songs 'Deeper,' 'Right Beside You,' and 'Find My Way Back,' and brought Newton-Davis the 1986 Juno Awards for best R&B/Soul recording and as most promising male vocalist. A follow-up in 1989, Spellbound (Col FC-44499), included his most successful single to that point, 'I Can't Take It,' as well as 'Can't Live with You' (a duet with Céline Dion), and won the 1989 Juno as best R&B/Soul recording. His performing career was largely limited to the Toronto area - eg, local clubs (Nettwork, Cameron Public House, etc) and Ontario Place - until he joined the Nylons in 1991.

Canadian jazz, gospel, and R&B singer Billy Newton-Davis was born in Cleveland, OH, in 1951. He began his career in music as a singer in local soul band the Illusions, eventually relocating to New York City as a singer and dancer on Broadway. Newton-Davis moved to Ontario in 1981, where he spent time in Toronto cabaret and various nightclubs before releasing his debut album, Love Is a Contact Sport, in 1986. That same year, he won Juno awards for Best R&B/Soul Recording and for Most Promising Male Vocalist. Released in 1989, Spellbound also won a Juno and provided Newton-Davis with his biggest chart success with "I Can't Take It" and "Can't Live with You," the latter a duet with Celine Dion. He joined popular a cappella group the Nylons for 1992's Live to Love, where he stayed until departing in 1994 to resume his solo career.
-James Christopher Monger 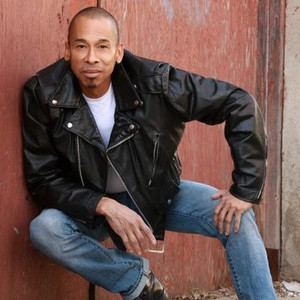